Nen Type Quiz – What Is Your Nen Type

Take this Nen Type Quiz to find out your nen type. We update the quiz regularly and it’s the most accurate among the other quizzes.

Because of the conditional nature of Nen, a proficient conjurer can defeat any other Nen user regardless of Nen type. Kurapika proves this by defeating Uvogin, a formidable Enhancer.

However, once committed to a certain condition, it loses the adaptability that the other Nen kinds possess. True, Kurapika’s chains may defeat the entire Phantom Troupe on their own, but outside of this scenario, the chains are relegated to ranged melee weapons that, while fearsome, are not quite as powerful as Gon’s boosted strength or Killua’s lightning skills.

Manipulation, like Conjuration, has the potential to defeat any other Nen user if used appropriately. A manipulator’s ability to cajole and even control an opponent allows them to win a war with a single blow.

The issue with this skill is that it is completely dependent on the manipulator acquiring control of their opponent. If they are unable to get control of their opponent, they must rely on their fighting abilities. Given how difficult it is for a manipulator to develop augmentation and conjuration powers, they would undoubtedly suffer against adversaries if they couldn’t rely on manipulation to succeed. Also, you must try to play this Nen Type Quiz.

Because of the raw power of aura, Emission is one of the most potent offensive abilities of all Nen kinds. While Transmuters and Conjurers can imitate other abilities and items in the world, emitters can unleash pure aura force on their opponents. If Gon had fallen into the Emission category, he could have challenged Dragon Ball’s Beerus in terms of destructive power—but he would have lost his defensive edge.

The transmutation Nen type appears to combine the best characteristics of both the conjuration and emission types. This form of Nen is practiced by two of the strongest characters in Hunter X Hunter, which testifies to its power more than any description could.

Killua and Hisoka both exhibit tremendous transformation talents, using their aura to create strengths and abilities unlike anything else in the real world. Killua imitates the attributes of lightning to strengthen his assaults, whilst Hisoka creates an entirely new substance by mixing the traits of rubber and gum. This ability, like the enhancement kind, has both offensive and defensive possibilities, but because it requires a bright intellect to fully utilize, it doesn’t quite take the crown of the most powerful Nen type.

Enhancement is as easy to do as it is effective. Nen users in this category can improve both themselves and the stuff they carry. As a result, Enhancement is great for characters who like hand-to-hand fighting.

An enhancer can deliver a punch with the force of a missile and make their skin as tough as a tank with proper training. This combination of offensive and defensive power is unique to this class, making it possibly the most versatile and strong Nen kind. Gon Freecss, the main character of Hunter X Hunter, is a great example of how effective enhancement can be.

Because of the wide range of skills that Specialization can bestow on a Nen user, ranking it as a Nen type is challenging. Although one thing is certain: every specialist possesses a formidable Nen talent, but these skills are not always effective on the battlefield.

Neon, for example, is a professional who can predict the future as a fortune-teller. This ability is powerful, yet most other Nen users would decimate Neon on the battlefield. Kurapika demonstrates the power of Specialization early in the anime by pushing his Nen affinities further than most people feel is possible. Despite the fact that the potency of specialized powers varies in combat, each expert enters the fight with an element of surprise that other Nen users do not have due to the range of specialist Nen abilities.

For more personality quizzes check this: Do I Push Everyone Away Quiz 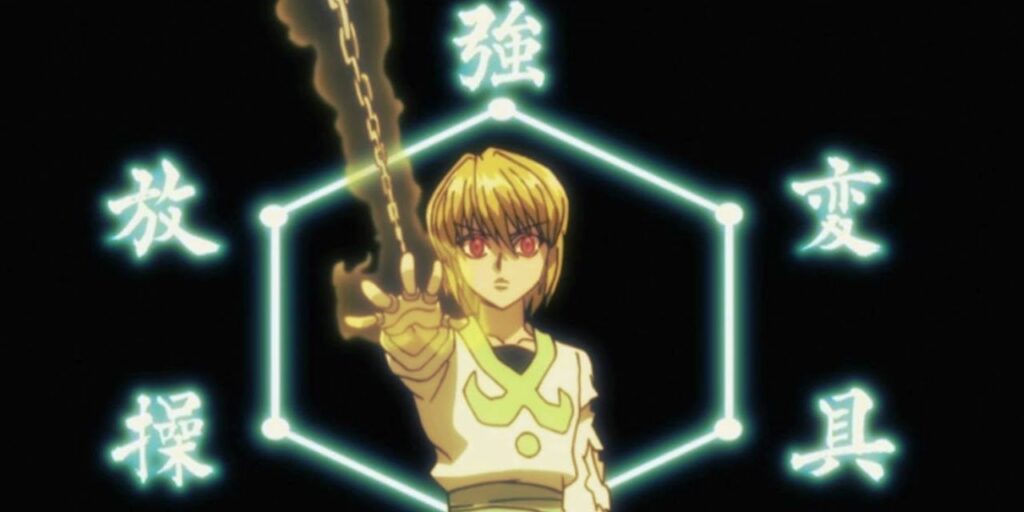