Grumpy Christmas Quiz – Which Character Are You?

Take this Grumpy Christmas Quiz to find out which character you are. We update the quiz regularly and it’s the most accurate among the other quizzes.

Is it possible to have too many Christmas movies? No, it does not. Each year, we are graced with an increasing number of Christmas films, and this one is definitely best avoided.

Don Servando, well known as the Grumpy Grandpa, is causing even more havoc in the Netflix film Grumpy Christmas. Don Servando makes his comeback in the Mexican Christmas film after his escapades in The Patriarch (2016). I was curious, like an old Dennis the Menace, to see what antics he would get up to in this Christmas special.

This story centers around the family’s trip to the seaside for Christmas with Aunt Alicia. As the patriarch enters the matriarch’s den, a humorous and juvenile power struggle over how to spend Christmas follows between the two eldest members of the family.

The rest of the family is dealing with their own troubles while Grumpy Grandpa tries to control and construct Christmas the way he thinks it should be. Throughout the film, there are many plots and conflicts, providing plenty of drama.

Although the tale is interesting, it does feel a little contrived and predictable. The conflict of two people arguing about how to spend Christmas isn’t a compelling enough tale. There are numerous tiny sub-stories going on, and because it is a picture about a large family, it works, but it isn’t memorable or exceptional. I didn’t understand why Alicia was so anti-Christmas and Santa. Her demeanor is portrayed as unyielding, which makes her family and grandfather appear ungrateful and unpleasant. Also, you must try to play this Grumpy Christmas Quiz.

We have the sun, sea, and shells instead of snow and elves. As a result, spending Christmas on the beach isn’t such a big deal. I was expecting more hilarity and sassy hijinks, but the pranks felt more vengeful and harsh. Throughout, the humor was flat.

However, this could be a case of lost-in-translation, which sometimes occurs with non-English films, so please watch and decide for yourself. I’ll mention that the acting is of high quality, with good chemistry, timing, and just enough cheese without being corny or naff. This film is ideal for families and lasts approximately an hour and a half.

The family is able to spend the Christmas they all desired, with each other, thanks to a grumpy grandpa who isn’t that grumpy in the end. Grumpy Christmas strives to capture the feeling of family and unity over the holiday season. Its message is that it is not how you celebrate Christmas, but who you celebrate it with that is important. That’s a great message. If you liked to Meet the Fockers, The Family Stone, or even the TV show Modern Family, you might appreciate this film; it just has a Mexican flavor.

Don Servando reprises his role as the Grumpy Grandpa in Netflix’s Grumpy Christmas, which premieres on December 21, 2021. Following Don Servando’s return from his exploits in The Patriarch, the Mexican Christmas film follows him and his new extended family (2016). Alicia, Servando’s female counterpart, is likewise as stubborn as him throughout the film.

Don Servando goes out with his new extended family to spend the holiday with Alma and her aunt at their beach house, determined to have the finest Christmas ever with his family. Grumpy Christmas has a new obstinate matriarch who, with her own shenanigans and thirst for control, rivals the grumpy grandfather. The two golden years fight toe-to-toe in a frivolous contest to decide how the family would spend Christmas.

Don Servando goes to great lengths to maintain his status as the family patriarch, almost ruining Christmas. Meanwhile, the rest of the family is dealing with their own issues. Alma and Fran had a falling out over Fran’s lack of interest in their marriage, which leads to him leaving right before Christmas. 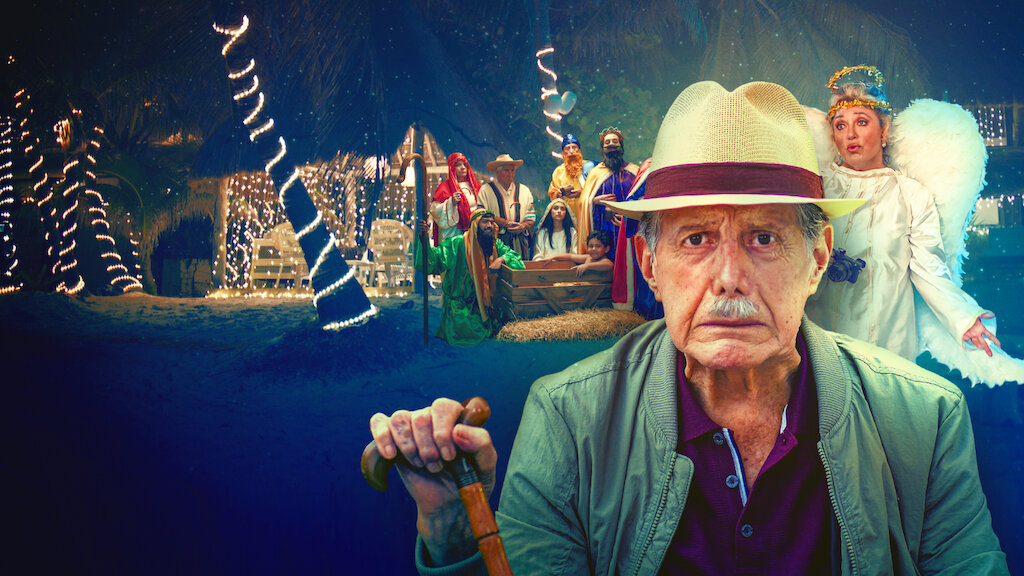