Brazen Movie Quiz – Which Character Are You?

Take this Brazen Movie Quiz to find out which character you are. We update the quiz regularly and it’s the most accurate among the other quizzes.

As the film begins, we discover that Kathleen, Grace’s sister, is living a double life. By day, she is a Drama and English teacher, and by night, she is a webcam performer named Desiree on the adult website Fantasy Incorporated.

On the surface, Grace’s books appear to be about women being murdered, but in a scene, she specifies that they are about the exploitation of women, misogyny, patriarchy, and how we do so little to protect the vulnerable.

Kathleen needs Grace by her side now more than ever, as she battles for custody of her son with her ex-husband, Jonathan Breezewood. Kathleen informs Grace that she has obtained evidence that Jonathan is stealing from the family trust and that blackmailing him maybe her only option for regaining full custody of her son because his family is well-connected and wealthy. Also, you must try to play this Brazen Movie Quiz.

Grace meets Kathleen’s next-door neighbor, detective Ed Jennings, and they go on a date. When Grace returns home after the date, she discovers Kathleen’s body on the floor of her bedroom. She rushes back to get Ed while still trying to process what she has just witnessed. Kathleen is pronounced dead, and Ed’s investigation begins right away.

When Grace arrives at Kathleen’s school to collect her belongings, a student named Jerald Baxter informs her that they should look into Billy Sachs, the maintenance guy. Grace confronts Billy and discovers that he was aware of Kathleen’s double life. His cousin, Richie Gorman, the webcam guy at Fantasy Inc., showed him the videos.

As the detectives go through the list of possible suspects, Jonathan Breezewood is ruled out because he has a solid alibi. Soon after, they learn of the murder of another webcam performer, leading them to believe that there is a serial killer on the loose.

Despite Ed’s strong disapproval, Grace persuades the captain that she has an instinct for determining the motive of murder and that she could make a significant contribution to the case. The captain agrees, and they work together to find the murderer.

When they watch a video of the killer fighting with the other victim, they notice him saying the name ‘Desiree.’ This meant that whoever killed Kathleen’s online persona was the target of his vengeance.

At Kathleen’s funeral, a bouquet addressed to Desiree is discovered. They trace the bouquet’s purchase back to the credit card owner, whose son is one of Kathleen’s students, Rand Morgan. He is unable to provide a credible alibi for his whereabouts on the nights of the murders.

The next victim survives and provides a description of her assailant, resulting in Rand Morgan’s arrest. But Grace suspects something is wrong, and after speaking with Billy Sachs, she learns that Rand and Richie are dating.

Richie told Rand about Desiree, and the reason Rand didn’t have a proper alibi was that he didn’t want to come out to his father and reveal that he was with Richie during the murders.

Grace devises a strategy to apprehend the murderer by luring him out into the open. She’d become Fantasy Inc.’s new Desiree, causing the killer to go after her. The captain agrees, and the plan is put into action.

Explanation of the shocking ending: Who is the murderer?
Detective Ed receives a call while everyone is at Kathleen’s house, with everything set up to catch the killer.

He learns that Randy and Jerald had a fight at high school. Randy, who is in the ER, informs them that Jerald appears to be obsessed with Kathleen and has even referred to her as “his Kathleen.”

The entire team at Kathleen’s house is retracted as soon as they receive this information. Grace is left alone there while they go to Jerald’s house to apprehend him. 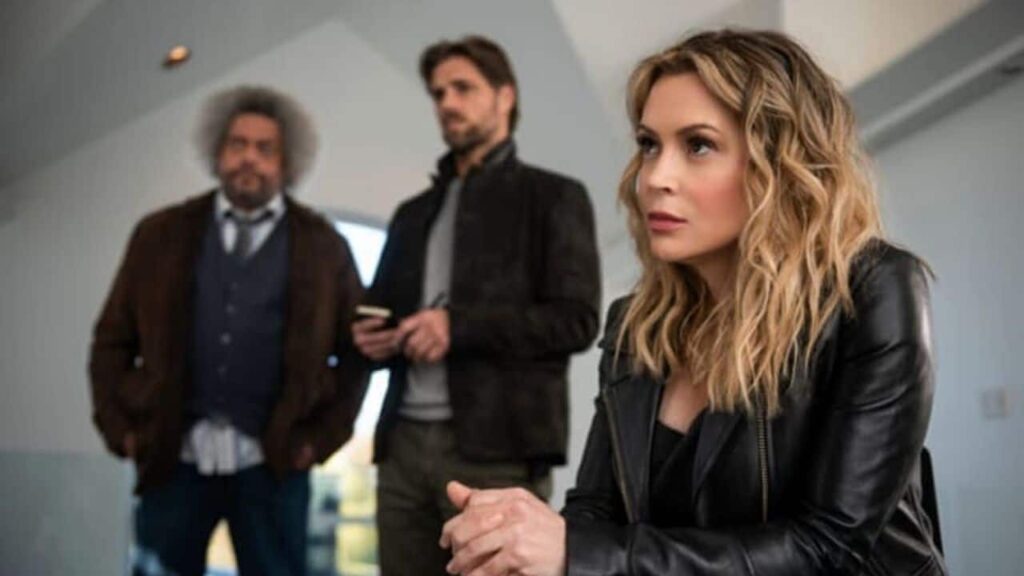