As a rookie inspector with the Public Safety Bureau, Arata Shindo has extraordinary powers and is a Class-A profiler. Through sophisticated empathy training, his mentalist powers allow him to bridge mental borders and experience the acts (past or present) of any human subject. In the process, he becomes vulnerable to physical attack. Kei Mikhail Ignatov, his boyfriend, is responsible for both his emotional and physical well-being.

Political Struggle in the Colosseum is Psycho-Pass 3’s fourth episode.
Yayoi Kunizuka, a freelance journalist, joins CID Division 01 as an investigation consultant to fill Ignatov’s vacancy. Karina Komiya’s greatest secret is revealed as the investigation develops. They rush to Komiya’s gubernatorial debate at the Giga Arena, assuming that she will be the next target.

There are various characters established in Season 1 and Season 2 who are revisited in The Sinners of the System film trilogy. In the Realm Beyond follows Kogami after he escapes Japan. Crime and Punishment follow Nobuchika Ginoza and Mika Shimotsuki several months after the Gekijouban.

Which Psycho Pass character are you?

Psycho-Pass 3: First Inspector premiered in March 2020. Childhood friends Arata Shindo and Kei Mikhail Ignatov, rookie inspectors at the Public Safety Bureau, star in Season 3. Both the season and the Eiga that follows feature characters from S1 and S2. Production I.G.’s Naoyoshi Shiotani directs, and Akira Amano is once again responsible for character design and animation. Also, you will find out which Psycho Pass character are you in this quiz.

Even if we aspire for a calm life, we can’t compare it to the anime we watch.
Every day, cold-blooded killers murder innocent individuals.
Even if they are caught or some people die before being caught, there is no heavenly punishment of the same intensity.
Although not everyone suffers the same extent of divine punishment, it is a part of their character.

Whoever committed the crime, regardless of whether they receive a sentence, will never be able to reclaim their lives.

As a human, I believe that good people should be rescued, while bad people should face divine punishment, but this is just my personal perspective.
The world we live in is too brutal and uneven for us to function otherwise.

The superficial inner emotions and wishes were eliminated from this anime, and it is true that it can be disgusting at times or even cruel.

It is therefore not suitable for those who prefer a happy plot and joyful ending.
Even if it is a bit gruesome, I still suggest this anime to everyone since it makes us think about what life and justice are.

All of the episodes made me think of The Giver by Lois Lowry.
All of the discussion revolved around what happiness is.

On the basis of their “psycho pass” color, this system pre-judges every individual on their capacity to do violent and criminal activities. In cases when this level exceeds 300, the Sybil System orders the person’s instant execution in order to prevent any illegal activity from occurring in advance.

This is a considerably darker and more twisted season of Psycho Pass than the first season. As compared to season 1, the psychology behind the plot is significantly more detailed and complex, with Kamui’s motivations initially being difficult to understand. Unimaginable and brutal are the acts of violence he commits and the inevitable executions that follow. Because Kamui’s crimes are so awful and brutal, it’s easy to be horrified and mortified by them. This is difficult enough, but Shimotsuki’s spitefulness and her attempts to undermine Akane’s authority make it worse.

As much as I find her backstabbing and whining over Akane’s unconventional thinking unpleasant, it is her treatment of Enforcers and superiority complex that made me dislike her from the start. 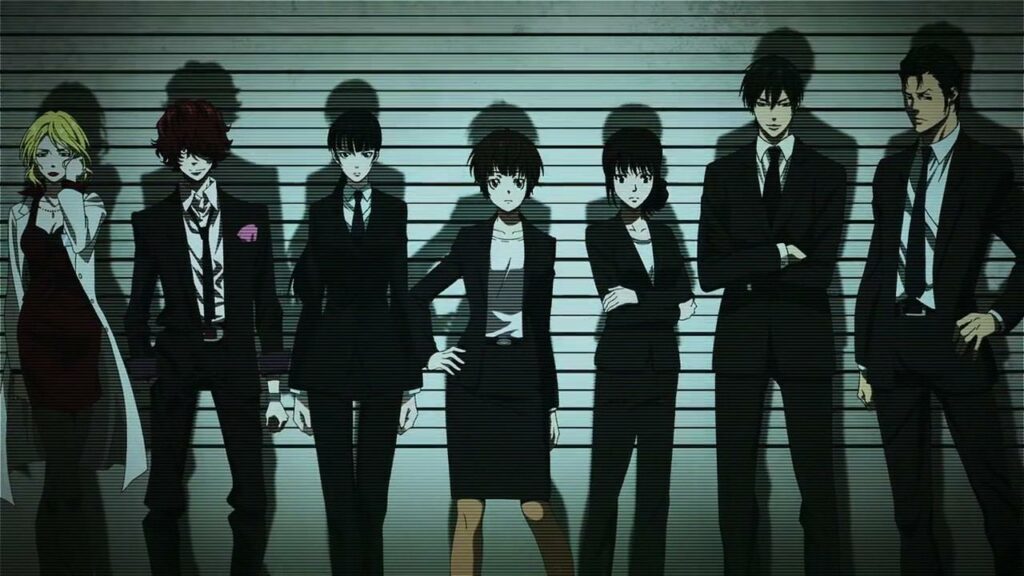