What ASOIAF House Are You? ASOIAF Of Thrones Quiz

Take this What ASOIAF House Are You quiz to find out your Game of Thrones house. We update the quiz regularly and it’s the most accurate among the other quizzes.

The High Lords of the North are one of Westeros’ oldest and most renowned houses, yet the nature of the North prohibits them from amassing enormous wealth on the scale of most other Great Houses. They are fortunate to be the wardens of Westeros’ largest kingdom, but the terrain is barren and the population is small enough that their prospects as farmers are poor, and exploiting any natural resource is difficult. The North’s most important trading resource is timber, and it also contains a few silver mines, although not nearly enough to make any Great House wealthy.

The desert land of Dorne does not appear to be a real or figurative gold mine for any houses that choose to call it home, but House Martell has managed to expand its fortune significantly nevertheless. Dorne’s shore is warm and welcoming all year, thus the Dornish have made good wines and summer fruits their business, and the resources they offer are unique among the Seven Kingdoms.

House Martell also possesses a substantial amount of inherited riches dating back to the time Mors Martell married the Rhoynish Queen Nymeria, and their seat in Sunspear provides them with an easy way to trade with Essos.

What ASOIAF House Are You?

House Baratheon has clearly advanced further than most other Great Houses of Westeros have, and the Lords of the Stormlands would not have been nearly as affluent without Robert Baratheon’s ascension to the throne. The Stormlands are a fertile country, but the frequent storms make cultivating anything other than lumber impossible. House Baratheon’s status was obviously strengthened by Ormund Baratheon’s marriage to Rhaelle Targaryen, but it wasn’t until Robert became king and married Cersei Lannister that the wealth of House Baratheon truly erupted. House Baratheon grew to three distinct houses: House Baratheon of Dragonstone (headed by Stannis), House Baratheon of King’s Landing (led by Robert), and Renly held the seat at Storm’s End. Also, you must try to play this What ASOIAF House Are You quiz.

It’s difficult to prioritize natural resources, but it seems safe to conclude that there will never be a more consistently useful economic resource than food. And House Tully has an advantage over the previous houses in that their land and climate are stable enough for the region to produce a large amount of food on a consistent basis. The Riverlands’ economy is based mostly on fishing, livestock, and crops, and their rivers serve the dual goal of keeping their land perennially fertile while also enabling rapid and easy transit for their goods. And, because Riverrun is located at the confluence of two major rivers, House Tully is perfectly situated to take advantage of everything the Riverlands has to offer.

House Targaryen has always been the living embodiment of the adage “might makes right,” and the Targaryens amassed their fortune by virtually forcing everyone else to do their bidding. Obviously, by the time Game of Thrones begins, the house is bankrupt and in ruins, but Daenerys Targaryen changes everything.

As she conquers Essos, she grows richer and richer, assembling her own army and getting everything she requires by sacking slave cities. She, of course, has three dragons. In principle, dragons are priceless, therefore she should be at the top of the list, but as we already know, dragons aren’t as valuable or invincible as anyone would like to believe.

Family Tyrell was one of the wealthiest families in the Seven Kingdoms when it existed, and its wealth was only surpassed by one house. And, while another house may have them beat in terms of literal monetary values of gold and silver, it’s difficult to argue that House Tyrell is one of Westeros’ most generally valuable houses. The Tyrells, as High Lords of the Reach, rule the second biggest kingdom in Westeros.

To be honest, the Lannisters would have been a difficult family to beat in terms of wealth, given that their territory literally sits on heaps of money. The Westerlands’ gold and silver mines produce more gold and silver than the rest of the Seven Kingdoms combined, and the Lannister home of Casterly Rock is actually built on top of a gold mine.

For more personality quizzes check this: What Archangel Are You. 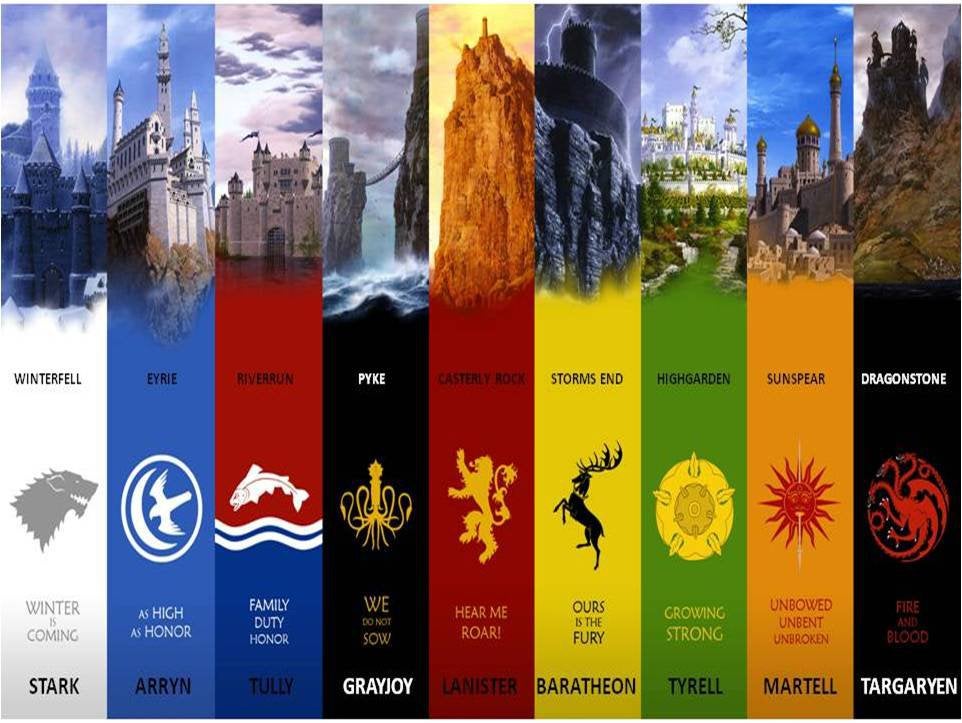