Cyberpunk: Edgerunners Quiz – Which Character Are You?

David Martinez is a young street person in Night City who lives with his mother and is working toward joining Arasaka, a large corporation that controls the majority of the city’s resources. David is tormented by his peers at Arasaka University despite being one of the top students there because of his lowly upbringing; the affluent brats find it incomprehensible that a street boy could succeed in the corporate world. In any case, David is simply realizing his mother’s dream because she struggles mightily to make ends meet and has no desire in becoming an Arasaka corporation.

David and his mother are killed tragically when they are caught in the crossfire between two opposing parties while walking down the street. David’s entire world is obviously turned upside down as he struggles to cope with the sadness that comes with such a severe personal loss and is exacerbated by the responsibility of having to create enough money to support himself. David discovers the Sandevistan cyberware, a severely unstable cybernetic implant that gives the wearer extraordinary speed, among his mother’s possessions. David decides to utilize the implant himself after making fruitless attempts to sell the cyberware for money, which serves as a trigger for the series’ events.

Cyberpunk: Edgerunners will be a blast for those who are familiar with the game’s mechanics because it not only adds to the world’s richness but also offers insightful commentary that supports the game’s main concepts. The only way to survive in the brutal and fundamentally capitalist environment of Night City is to rise fast through the ranks of the lifestyle one chooses. David has little choice but to become a mercenary outlaw or edge runner because he is not a corporate sellout and does not conform to social norms (also as a result of economic disenfranchisement). Also, you will find out which Cyberpunk: Edgerunners character are you in this quiz.

After meeting Lucy, a talented net-runner who introduces him to her gang, David starts working with them on gigs and uses his Sandevistan to overwhelm targets. It works incredibly effectively, but at a high cost: David’s body suffers greatly from overusing Sandevistan, and the ripper doctor who frequently sees him cautions him that he is rapidly approaching cyber psychosis, which nearly invariably results in death. Will David opt for self-preservation or will he sprint to the finish line in an effort to make history in Night City? Also, you must try to play this Cyberpunk: Edgerunners quiz.

At the start, David is a little boy struggling to get by while his mother works excessive hours to support the family. David encounters bullying as a result of their financial situation and forms a tough façade. David quits school after exacting retribution after losing his mother. Even though his character struggles with numerous tragedies, he maintains his strength. He is unable to shoot because of his trauma. But after killing a bystander who served as a reminder of his mother, he develops a numbness to shooting, which has an impact on his mental health. After Maine passes away, he uses his loyalty and leadership abilities to guide his squad. David can control the implants thanks to his strong will.

Initially presented as David’s character’s ally, Lucy quickly establishes herself as a protagonist with her own goals. She is first mentioned as a potential love interest, but she ends up being the glue that keeps David’s mind together. She was initially abducted to serve as a test subject for the Arasaka, where she discovered how to deep dive into a net. With this information, she was able to escape their torment and start again in the Night City. Lucy was able to endure the cruel pain thanks to her resolve to live.

The characteristics of Maine and Dorio complete and complete each other in every manner. Dorio was willing to give her life in order to save Maine’s mind, and she briefly succeeded in doing so before losing him to his illness. She then perishes while attempting to save his life. Dorio served as the team’s second in command while Maine was maintained whole. Maine’s leadership abilities kept the club afloat and also helped the team expand by bringing in additional competent players.

About the Cyberpunk: Edgerunners quiz

For more personality quizzes check this: The Woman King Quiz. 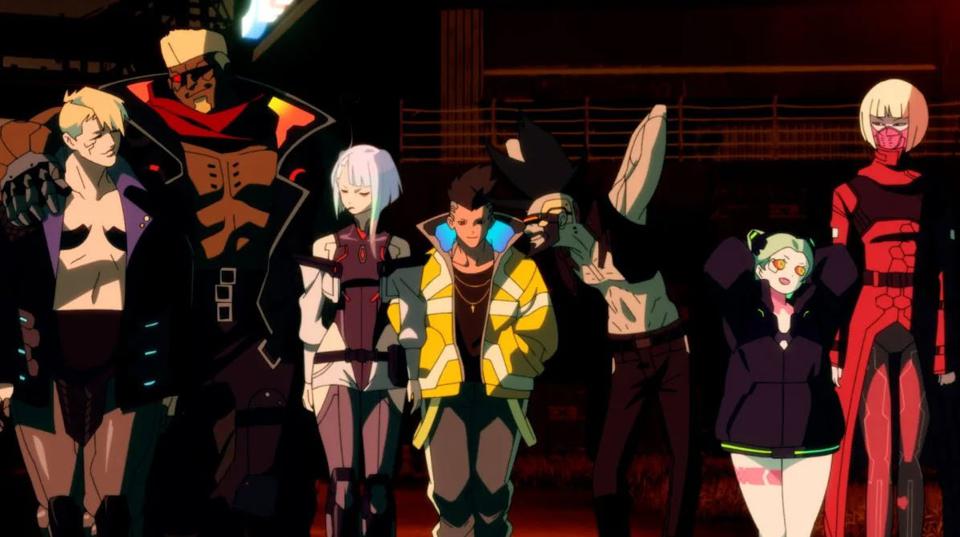